How My Blogging Is Saving My Life 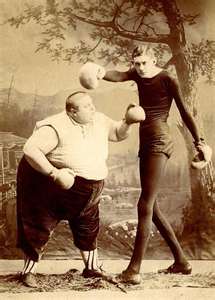 Is there really going to be a winner here? (from holmesian.net)

I’ve already admitted in a previous post that I’m no fighter. In fact, besides minor squabbles with my brother, I’ve only been in one real fight in my whole life, and I’m sure that the only reason why I won that one was because my pride was so bruised that I had no choice but to swing, kick, and bite (yes, I said “bite”) with all of my might. I can talk a good game (i.e., I can make you think a butt whooping is coming soon), but if you were hell-bent on a fight, I’d probably take off running like Marion Jones after a steroid shot. All I have is my words.

In my experience, the older one gets, the less inclined she is to engage in fisticuffs (unless she’s a cast member of the Basketball Wives or the Bad Girls Club), but this doesn’t mean that there aren’t occasions when we may unleash a fortified tongue-lashing. The thing about a war of words, though, is that you need to be careful with whom you engage in one. Just one comment too many can result in you on the wrong end of a physical assault. I hate arguing (and I’m a bit of a coward), so the result for me is that I end up stressed, with insomnia, and a loss of appetite because I’m filled with words I should have said, actions I’m not brave (or immature) enough to take, and thoughts I’m too embarrassed to admit. 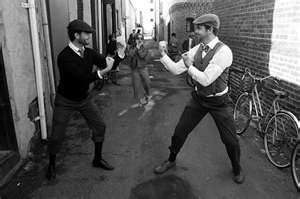 “My fighting stance is more ridiculous than yours.”
“No, it isn’t.”
“Yes,, it is.”
(from lilithnews.com)

It has been a long time since I’ve said something that induced so much animosity in someone that she has thought about backing me into a corner and wearing me out (at least, I think it’s been a long time) because I don’t tend to divulge everything I’m thinking at the time I’m thinking it. But keeping the things that anger and annoy me stuffed inside has really bothered me . I knew that if I didn’t release my frustrations some way or another, I was bound to cause cerebral hemorrhage*. When I decided nearly five months ago to start blogging as a way to relieve some stress and do something purely for me, I had no idea of how much it would change my life. 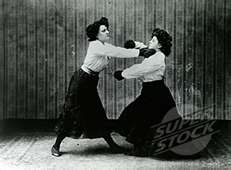 If they had computers, none of this would have happened! (from superstock.com)

Needless to say, thanks to this blog, I’m still alive and kicking (metaphorically, that is).

*This post is not intended to take the place of sound medical advice from a medical professional.

4 thoughts on “How My Blogging Is Saving My Life”