We’ve Got Work to Do

Sometimes in life, God sends subtle messages our way. We find ourselves needing to attend closely, make some inductive leaps, and connect some dots. Then in other situations… 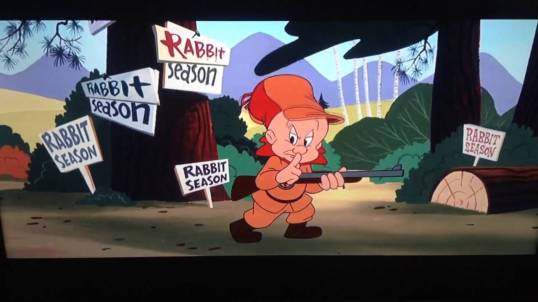 …it’s very clear what time it is! In the last 24 hours, I’ve had the same message echoed in four different ways, so I guess I’d better wake up, take heed, and spread the word. And here it is in a nutshell: Get to work!

The first message came in The Slight Edge, a book that came through my Pinterest scroll in the middle of a sleepless night. In it, the author argues that the reason why 95% of the population is unsuccessful (in whatever ways a person quantifies or qualifies success) is because we fail to do the things that we know we ought to do consistently over time. He states that if we continue to make the “mundane, simple, and seemingly insignificant” right choices over and over again, regardless of lack of immediate payoff, we will ultimately realize the successes we all dream about for ourselves. These choices, he asserts, are easy to make and easy not to make (which is what the 95% do), and merely knowing what to do is not good enough. We need to actually do the things we know we should do the way we should do them to achieve the ultimate reward. In summation, making the right small choices over time leads to success, and making simple errors in judgement time and time again leads to failure.

from Fractured Atlas blog and based on The Slight Edge

Sitting in the midst of a weight loss plateau after reading this book, I said to myself, “I know I need to get my behind up, no matter how ‘motivated’ I feel or don’t feel and go to the track.” I need to do the laps, not visualize them. I need to eat what I am supposed to eat, not just pin recipes on my “Healthy Eating” board.

Another message came as I was scolding my daughter, yet again, for not following through on something I told her to do. Knowing the answer, I asked, “Did you wash the clothes I told you to wash yesterday?”

“I was finna do it…” (Just in case you’re wondering, “finna” means “about to,” and I hate to hear my children say it!)

“You know what? I cannot stand for you to lie to me, and the answer to the question can either be a ‘yes’ or a ‘no.’ So again, I ask, ‘Did you wash the clothes I told you to wash yesterday?'”

“I gave you a very specific directive: ‘Take the clothes out of the black bag and wash them.’ You made the choice not to do that because you were too lazy and wanted to do what you wanted to do. Now I have a choice to make. You will not be going with R. to her mom’s house to play. When I leave you with something to do, the expectation is that you do it. Now, do what I asked you to do yesterday, RIGHT NOW!” 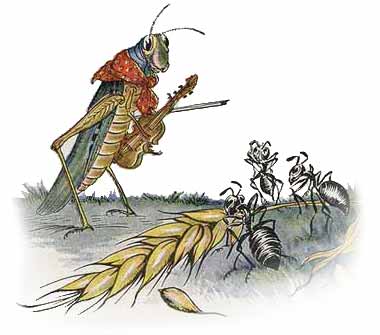 from The Library of Congress

Third: I was sitting in a teacher training yesterday, and we were asked to read, answer questions about, and summarize “The Ant and the Grasshopper.” It wasn’t the sanitized version where the grasshopper’s pleas for food in the snowy winter resulted in mercy from the ants and a almost-stern but loving admonishment to “never do that again, ok?” Oh no! This was Aesop’s fable where the ants are disgusted by the fiddle-playing grasshopper and turn their backs on him. It was the version my dad would tell before he launched into familiar refrains like “There’s a time for work and a time for play” or “All work and no play is no good; all play and no work is no good.”

Then, just this morning, in rereading Luke 19, the fourth message came. In a parable, Jesus told the crowd a story about a ruler who was to leave to be installed as king in another far away country. Before leaving, though, he gives one mina to each of ten servants and tells them to “Engage in business until [he] returns” (verse 13, ESV). Unlike the parable of the talents we traditionally hear about in church (the one in Matthew), in this parable, each of the servants gets the same amount to work with while the master is away. Three are referenced in the Luke parable: the first turning one into ten, the second turning one into five, and the third merely storing the one. Similar to the parable in Matthew, the master rewards the first two, rebukes the third, and gives the third’s mina to the first servant. In verse 26, Jesus explains, “I tell you that to everyone who has, more will be given, but from the one who has not, even what he has will be taken away.”

Choices, friends, that the message of the day. God gives us each gifts and talents to work with until He returns. There is an expectation of our work. In fact, when we work well with what He gives us, He gives us more work to do. When we steward well over our blessings, supporting the uplift of His kingdom, He rewards us with more to do more kingdom building. Contrastingly, though, when we squander our gifts or are too lazy to do what we are tasked to do, He strips away what little we already have. In the here and now, that could mean things like failing health or reduced finances or crumbling relationships, but I argue that those prices to pay are more favorable than the ultimate price of failing to realize salvation for eternity.

So as we journey today and whatever days we have left, let’s not put off until tomorrow what He expects us to do today. I don’t know about you, but I don’t want to be standing  outside the gates of heaven (or more likely burning in hell) trying to argue about what I was finna do.