I was never the most patriotic person. I didn’t insist that my parents have the American flag waving ceremoniously on the front porch at the Fourth of July, nor did I long for the apple pie and barbecue. I could just as happily eat a burrito with extra cheese as I watched Adventures in Babysitting one more time.  I never liked the fireworks either. I remember being a kid hearing a story about a boy whose hand was blown off by some errant M80. It scared me, so I was the girl who suddenly had a headache when the sun got low enough to make the show glow gloriously over the neighborhood. The Fireworks Spectacular on television was the safest distance for me. Bomb pops at two for a dollar did little to excite my sweet tooth. I preferred the WWE ice cream bar that I could only find on the yellow ice cream truck. My mom didn’t want to pay the whole dollar for my favorite, so I saved my own coins on the off-chance the ice cream lady would work on a holiday.

This is not to say that I believed that the United States was the worst country in which to live. When I stayed up too late at night or woke up too early, I was sure to see those disturbing television images of kids from Latin America or Africa with the flies resting undisturbed on their faces. Their bellies were swollen from hunger, and they trekked barefoot for miles on dirt and rocks to sit in a classroom with too few books. Some white American would inevitably provide the voice over saying how “for just pennies a day” I could change the life of one of those kids. I remember lying in the comfort of my full-sized bed in a room I didn’t have to share emptying the contents of my bank trying to figure out how many of those kids I could save if I just called the number at the bottom of the screen. I knew how fortunate I was.

The older and more educated I became, the more the incompatibility between America’s promise and its reality for people who looked like me grew. I read voraciously, and the stories and novels that most interested me seemed to reiterate the denial of the American dream to so many of America’s residents. I started to develop this relationship with my country that fluctuated among the emotions of confusion, awe, and reluctant acceptance.  How could a country that stood for so much politically and socially around the world do so little to love everyone right here at home? 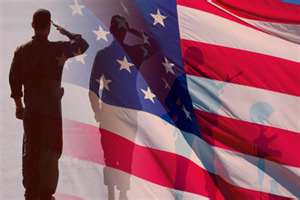 I was in college on September 11, 2001. I had never been to New York City and had only visited Washington D.C. once, which was during my eighth grade trip. I was 20 years old and had no way to put into words the images I saw that morning on my 13 inch TV/VCR combo. I saw the frenzy of those running from the World Trade Centers and heard the alarm in the voices of the newscasters, but, still, I had no real patriotic connection. I thought first of the children those men and women left behind, the fathers and mothers living unnaturally after their kids have passed, the husbands and wives no longer able to share a loving embrace, the brothers and sisters no more laughing about days gone by. My next impulse was to call home.

I write this piece over ten years later. My brother is in the military and in constant fear of being deployed. My brother, cast aside in the civilian world, unable to find gainful employment, enlisted to take care of his family. He, too, I believe, is stuck trying to reconcile the irony that so many black men who have gone before him recognized. The same country that spends more money on penitentiaries than public schools, that gives white boys misdemeanors for the same crimes black boys get felonies for, will give him a gun to fight overseas for a “patriotic” cause, but won’t let him vote in the state in which he buys groceries.

The irony is furthered by the manipulations of those in power. Politicians routinely undercut and underfund education. Then the less than educated high school graduate is largely unable to get into (let alone thrive at) a post-secondary institution, and if he avoids a life of crime and decides to work, the most menial and mundane of jobs is at his disposal. He looks at the cars, clothes, and women the neighborhood drug dealer has and wonders if he, too, could have the “good life,” but his home training and pride keep him from that fate. He sits on his mother’s couch and watches one Hispanic and black actor after another convince their pretend mothers or fathers about the “merits” of military service, and he decides that this is the most honorable and profitable option. From nearly birth, he was being groomed for combat, unconsciously and relentlessly.

Even as I write this, though, I am grateful that my brother has a military career. He does not have to rely on handouts from family or friends. He can hold his head high as a man because he is taking responsibility for and care of his wife and children. Their health insurance allows them to see doctors and specialists with relatively little personal financial cost. They eat what they want, live comfortably, and engage in some luxuries. Many young men would prefer his life over theirs. 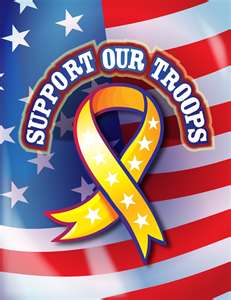 I sometimes hear a rare hesitation in my brother’s voice, though, and that scares me. Going into hostile territory, especially after the death of Bin Laden, necessitates a certain level of optimism. Moreover, I am reminded of my duty as his countrywoman and sister to support him and provide the encouragement he needs. This is not the time to espouse my criticisms, nor is it the time to profess all that scares me as the big sister with the little brother about to venture into the unknown. This is the time for rallying and camaraderie. It’s a time for devotion and love. It’s a time for patriotism.

The greatest good I can serve my country is providing for its soldiers an environment of the utmost affection and loyalty. Personal hang-ups aside, my brother is going to do something I am fortunate not to have to do. He is doing something I am amazed he can do. If he needs me to eat bomb pops every day, I’ll do it. If he needs me to sit in the front row of a fireworks display, I’ll be there. If he needs me to drape myself, my kids, my husband, and my dog in stars and stripes, I’ll insist upon it because although I know that the little things don’t change reality, they sure can make it easier to deal with. He deserves that from me. Every one of our soldiers out there does. No matter their circumstances, backgrounds, reasons for enlisting, they go out there bravely on behalf of their families and ours. Whatever my brother needs me to do, no matter how big or small, no matter the personal sacrifice, I’ll do it. If some token gesture gives at least one soldier encouragement enough to expect returning home safely, let’s do it. I can argue, criticize, and be skeptical later. Right now, though, my country needs me. My brother needs me.